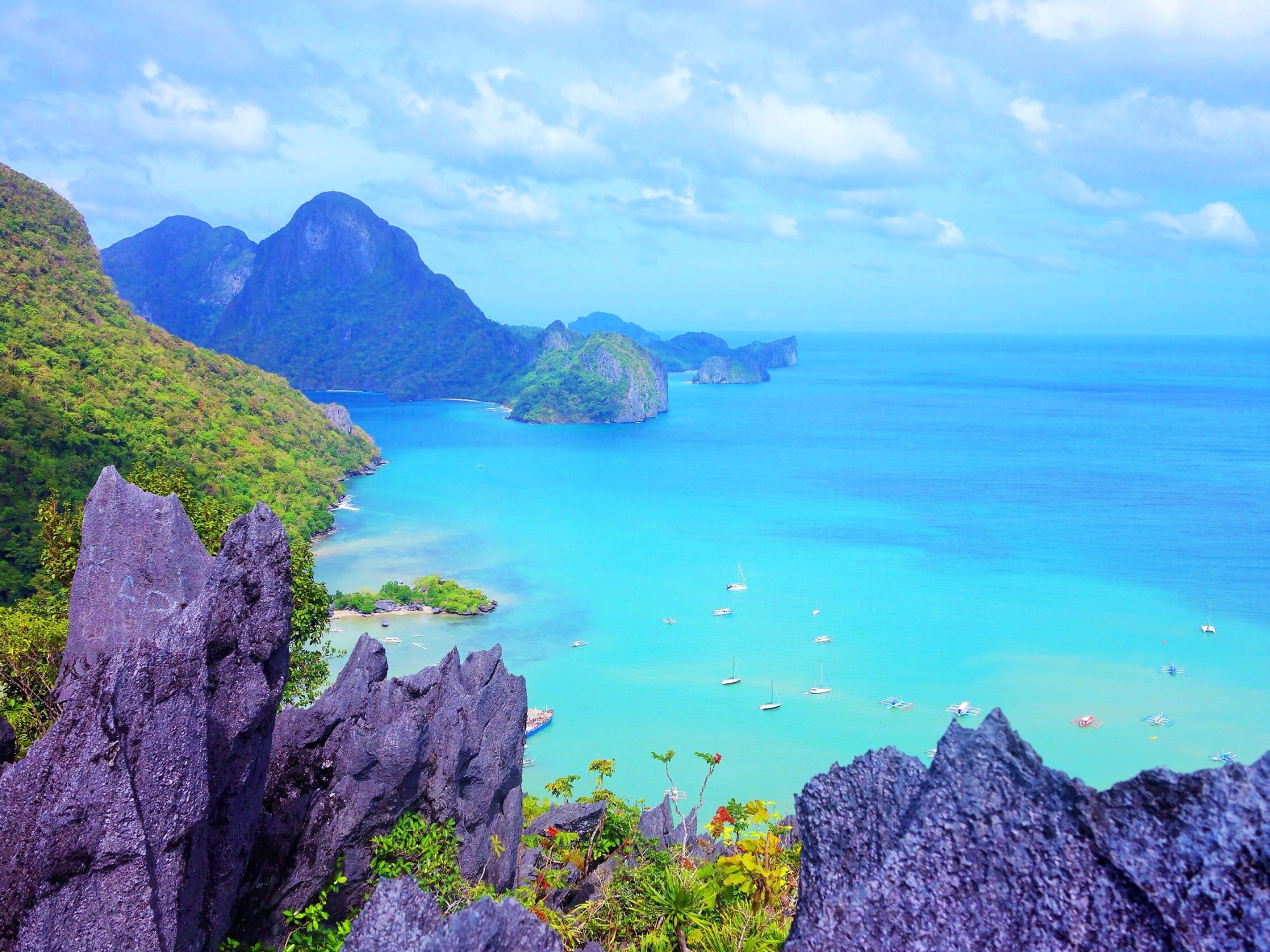 When planning an exotic beach vacation, I’m guessing islands like Maui in Hawaii, the Great Barrier Reef in Australia or Santorini in Greece come to mind. Places in the Philippines tend to be out of the question or not on people’s radar at all.

However, a little unknown island called Palawan in the Philippines, tops the destinations above. It’s home to emerald lagoons, limestone caves, pristine white sand beaches and crystal clear water. If that doesn’t convince you, it was also recently named the best island in the world by 76,000 voters in Conde Nast Traveler’s Readers’ Choice Awards.

Palawan’s most well-known for Puerto Princesa’s Underground River, a Unesco World Heritage Site, that’s been named one of the world’s best natural wonders. However, I’d argue that if you’re going to travel the distance to Palawan, you should head straight to El Nido. It’s less well-known than Puerto Princesa, but one million times more beautiful. To further support this claim, CNNGo named it the best beach destination in the Philippines.

What also makes El Nido special is that it’s relatively untouched and uninhabited, especially compared to the beaches in Thailand. That said, I’m predicting in five years’ time it will change quite drastically as its beauty becomes more well-known. 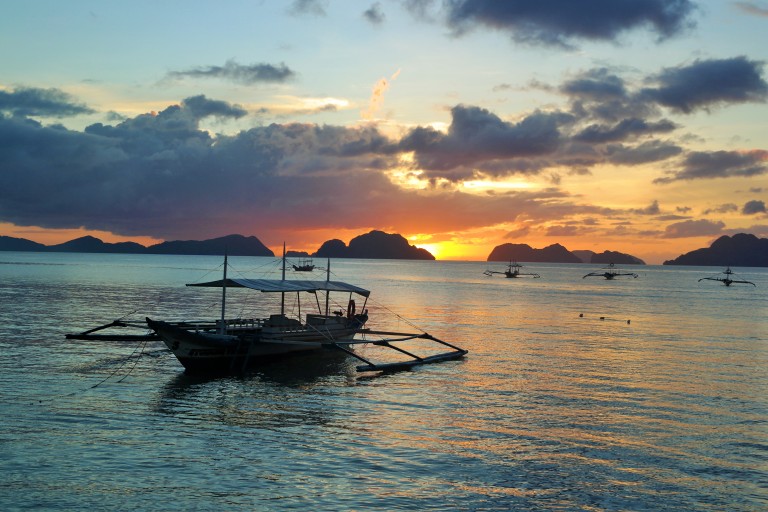 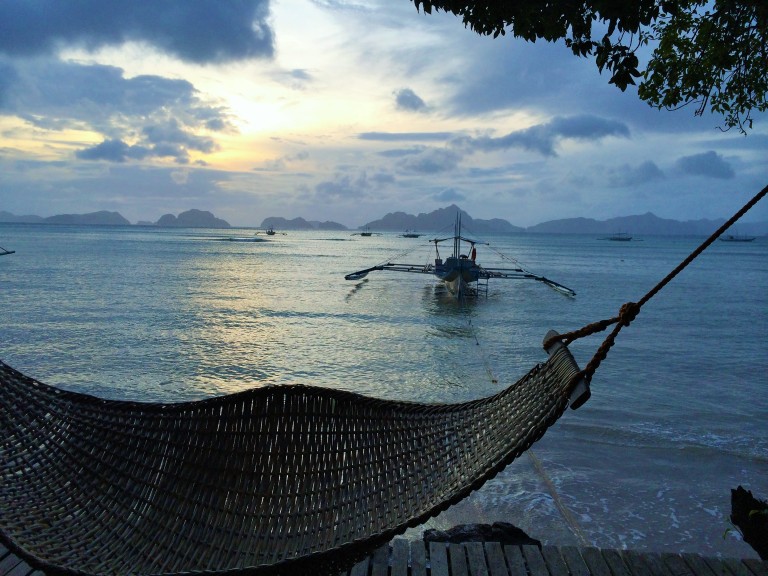 Getting to El Nido: The upside of El Nido is that it’s hidden from mainstream tourism, however that also leads to its downside: there’s isn’t a nearby airport. Therefore, the first and most common way to get to El Nido requires two flights and a long drive, flying into Manilla, taking a second flight to Puerto Princesa and then driving six hours by van or bus to El Nido. The second option is to fly into Manilla and use ITI, a private airliner that flies you straight to El Nido.

Depending on your budget and timetable, you may want to look into ITI. We used it one-way and had a good experience, wishing we had booked it for the return trip. The drive isn’t bad though, as long as you make sure your driver doesn’t add extra people into an already crammed van!

El Nido: Given the island’s striking beaches and limestone karsts, the most popular activity to do is its four island hopping tours, named A, B, C and D. You can book them at your hotel or through a travel agency a day in advance; each tour visits 4-5 islands around El Nido, providing opportunities to snorkel, lay on the beach and explore the surroundings.

Tour ‘C’ is the most popular choice, and rightfully so, as it takes you to a small white-sand beach hidden in the karsts, which was one of my favorite sights of the trips. It also provides a chance walk up a mini hill to see an aerial view of the karsts formed in a semi-circle along the sea, as well as sights of the islands’ most stunning beaches. 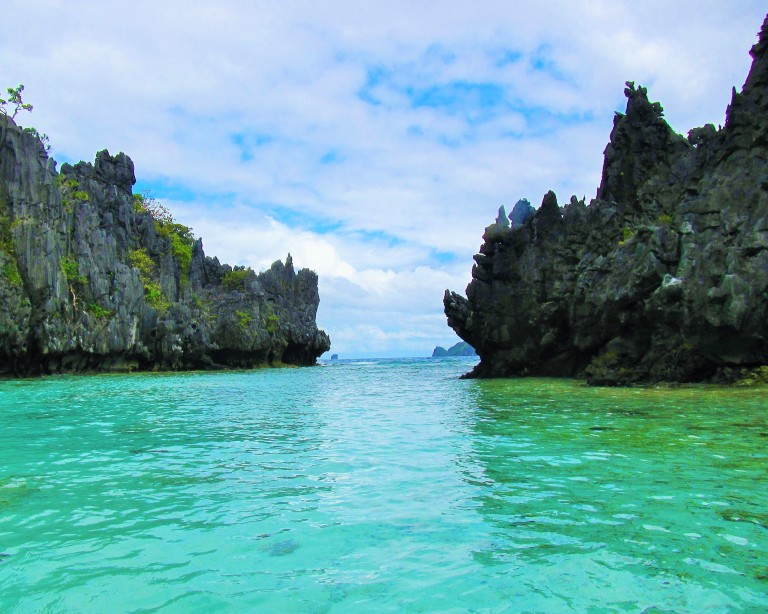 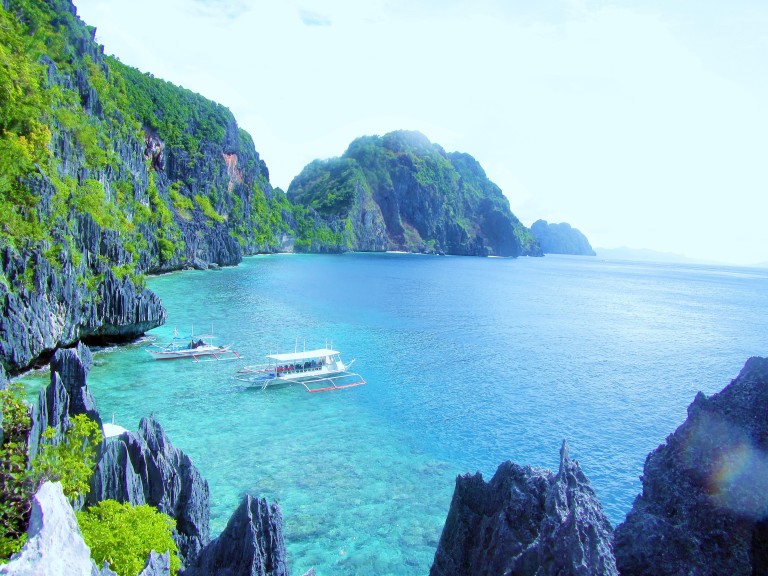 If tour ‘C’ is booked or cancelled while you’re there, tour ‘A’ was pretty spectacular as well. You won’t have as many unique experiences as tour ‘C’, but you’ll see close-up views of the karsts and snorkel in the surrounding lagoons. Not to mention, you’re surrounded by crystal clear water, palm trees and white sand beaches the entire day.

Another favorite activity was climbing the Taraw Cliff, an extremely steep limestone cliff that leads to the highest point in El Nido. We were warned by our hotel staff that it was for experienced hikers and can be challenging, however, as we’re avid hikers, we didn’t think it would be a problem. Boy, was I wrong.

Be warned that this is not a hike or a light climb, as it’s marketed by the travel agencies in town. It’s instead a steep climb up razor-sharp five-to-ten feet rocks with very limited places to put your hands and feet as you climb. You’ll use your upper body just as much as your legs, as you pull yourself vertically up the rocks. What also makes it difficult is that the rocks are extremely sharp, so one wrong move could be very damaging. I cringed as our guide boasted that ‘a few people died climbing this without a guide, but that we didn’t need to worry since we were with him’. If only he could have said this post the climb, as opposed to on our way up.

All this said, reaching the top of the climb was an extremely satisfying moment, knowing that I’d completed the challenge (and didn’t break an arm or worse), and it also provided one of the most breathtaking sites I’ve seen since living in Asia. On one side, you’ll find a stunning aerial view of the glistening turquoise bay surrounded by white sand and karsts; on the other, is a view of the town with noticeable red rooftops paired nicely against the green vegetation. 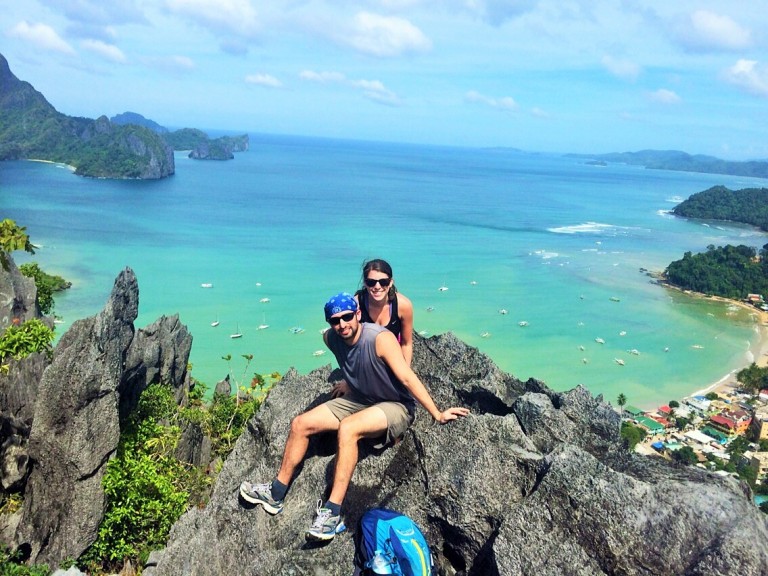 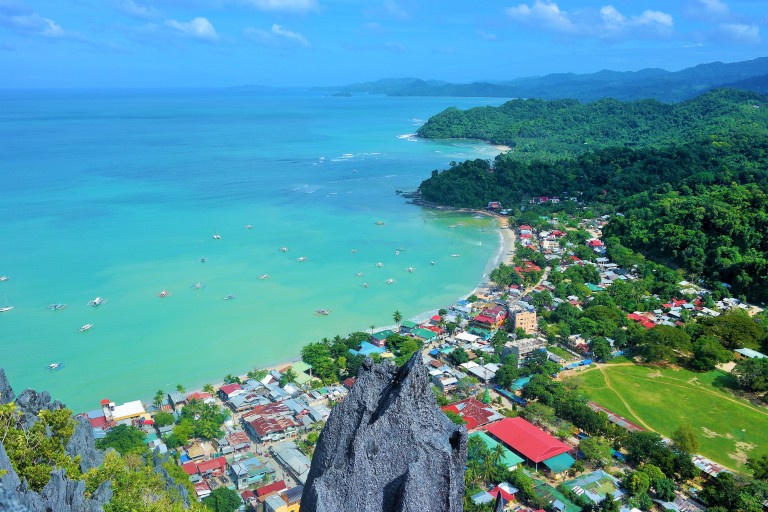 If you’re not looking for intense physical activity, there is still a range of activities and beaches to explore. One of the days, we went on a small trek to Nagkalit-Kalit Falls, a peaceful and secluded waterfall about thirty minutes away by tricycle (the main means of transport in the area). It was also a great way to see the surrounding area, as you’ll pass through lavish rice fields, small villages and vast greenery to get there.

However, if you’re looking for solely a relaxing beach vacation, El Nido can provide that too. There are many one-of-a-kind, impressive beaches in the area, all of which are surrounded by karsts, white sand and palm trees. You could spend a week beach-hopping alone – and while you do, make sure to stop at the beautiful Nacpan beach in the area. 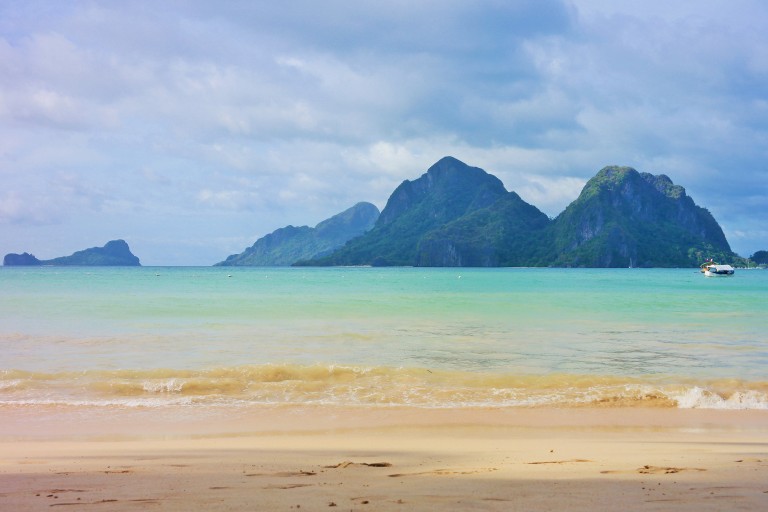 One tip to keep in mind is to look for accommodation away from the main town, as it’s filled with touristy and grungy hostels and hotels, eliciting flashbacks of Miami or Daytona beach. There are many spots just 5-10 minutes from the main area that provide a much calmer atmosphere, aligning more with El Nido’s tranquil environment.

Have I convinced you yet? If not, take a look below for a few more photos of beautiful El Nido! 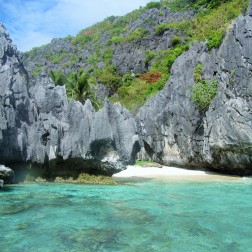 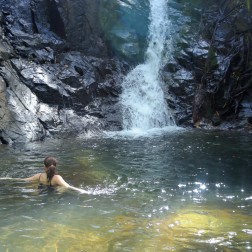