When you hear the word ‘Shangri-La’, I’m guessing images of a mystical, utopian place come to mind. The term is typically associated with a dreamlike and paradise land, however, that is not the case at the real Shangri-La in Yunnan, China.

The term Shangri-La first came into existence when it was used to describe a mystical Tibetan place in James Hilton’s 1933 novel Lost Horizon. However, today it’s used frequently to describe anything that is utopian-like. In China, the town formally called Zhongdian changed its name to Shangri-La in 2001 in an effort to capitalize on the association and drive tourism to the area. As Zhongdian is arguably one of the nicest towns in China and surrounded by beautiful rural countryside, I guess they could (and did) get away with it.

What makes Shangri-La special though is that it’s one of the few towns that is split between Tibetan and Han residents, as well as a range of minority tribes. As we learned on our trip, China has 55 minority groups with 26 of them living in Yunnan province.

Most interestingly, we learned about the Mosuo tribe, a minority group who are known to be the last Matriarchal tribe in China. In Mosul culture, women are the head of the household, in charge of making the family’s business decisions, raising the children and earning the family’s property, as opposed to the male. They also practice ‘walking marriages‘ – a concept whereby women can choose and change partners as much as they wish, having many male partners throughout their lifetime; traditional marriages and/or living with partners is nonexistent. As our guide explained, the practice is that a woman will invite a man into her home only at night, ensuring he leaves the next morning before her family or children see. In many cases, the offspring won’t know who their father is.

Unfortunately we didn’t see any Mosuo people while in Shangri-La, however, we learned a vast amount about minority tribes and culture, as well as partook in a range of activities that Shangri-La has to offer. Take a look:

Old Town: The town of Shangri-La is presently split into two towns (modern and old) due to a devastating fire that swept the majority of the old town away in January 2014. According to our guide, a non-local woman and owner of an Inn in town left a heating blanket on, starting the fire (homes aren’t heated in most places in China, so heating blankets are common). What’s most devastating is that the fire could have been put out before the mass destruction, however, the fire prevention system had been closed down to prevent pipes from bursting in cold temperatures, slowing the process to eradicate the fire. The result was catastrophic, destroying over 200 homes, all made of wood, and shattering the old town and many people’s lives as homeowners insurance is non-existent in rural China.

However, walking around old town still paints a very true picture of Shangri-La. On one side, you’ll see quaint little wooden buildings and cobbled lanes that survived the fire. On the other side are new wooden buildings or structures that are being built to look “ancient”. To my surprise, the town was much more touristy and modern than I expected (almost entirely Chinese tourists as we saw virtually no other Westerners). It isn’t commercial to the extent of places like Yangshuo or Lijang with endless tourist shops lined up one next to the other, but it does have its fair share of modern shops.

One site that you cannot miss if you go to Shangri-La is the Baiji Temple, also known as the 100 Chicken Temple for chickens roaming around the area (you’ll find China is quite literal in its names and translations). The temple is built on a hill, providing great views of the old and new town, as well as the surrounding area. The walk to get there is also quite spectacular, as the hill is covered with thousands of Tibetan prayer flags, which are described in more detail in my past post.

Qingming Festival (Tomb-Sweeping Day): We fortunately happened to be in Shangri-La on Tomb-Sweeping Day, a traditional and important Chinese holiday to commemorate and pay respect to your ancestors. On this day, families visit their ancestors’ gravesites, sweep their tombs, offer a range of food and tea, and pray before their loved ones. It’s also common to put willow branches on the tombs and burn paper money to pay tribute – a typical ritual often seen on the streets of Hong Kong. 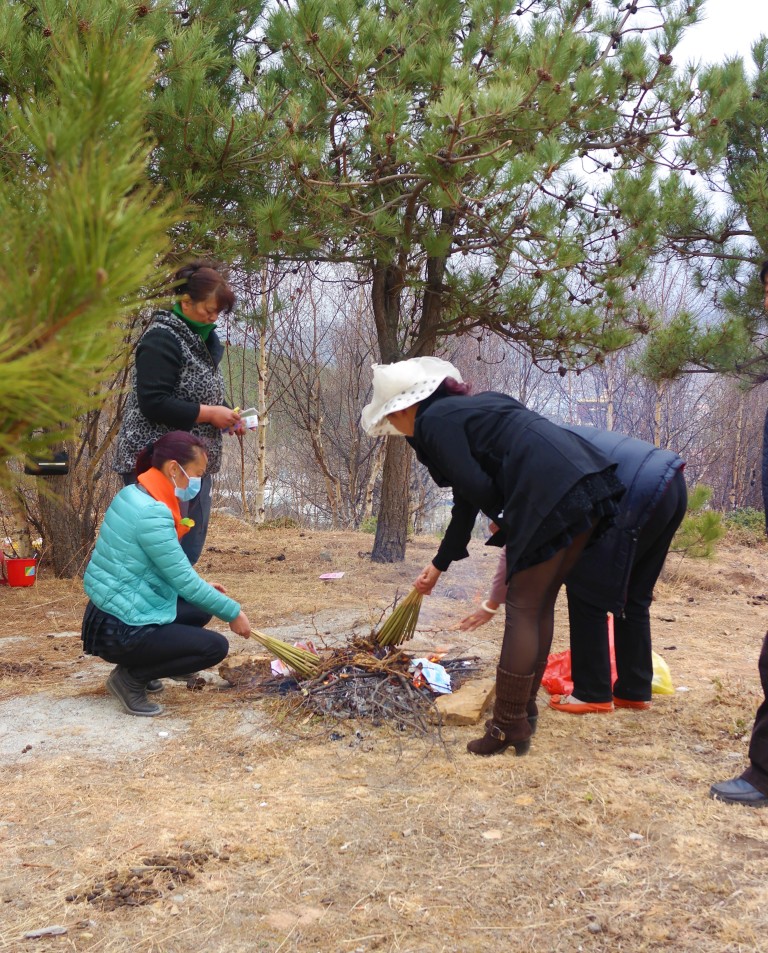 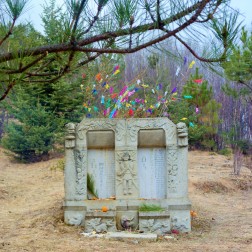 While the majority of the monastery was rebuilt in the 1980s after its destruction during the cultural revolution, it is still one of the most prominent and important Tibetan structures – and a key reason as to why tourists come to Shangri-La.

The monastery itself is massive, covering 82 acres of land and home to 700 monks in 200 associated houses. At its prime, it housed over 3,000 monks. The rooms throughout the monastery are colorful, vibrant and enchanting, filled with scriptures and murals that depict the life of Buddha, lifelike Buddha statues and many gold sculptures and relics. Unfortunately, taking photos inside is prohibited, however, the photos from outside should do it justice. 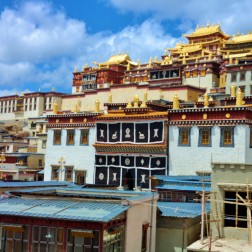 Local Tibetan home: Our last stop in Shangri-La was to have dinner at a local Tibetan family’s home who owned a popular hostel in town. Our guide befriended the family during her multiple trips to Shangri-La and they graciously invited us over for dinner.

While we couldn’t speak directly with the family, as they spoke Mandarin, it was priceless to see a local family’s home and their way of life. Using our guide as a translator, we were able to speak casually with the family, talking about where we came from, the differences between village and city life and stereotypes of Westerners, as the family had gotten to know different nationalities quite well given the popularity of their hostel. The best comment the dad made was when he said ‘Obama is a good dancer’ and subsequently that ‘white people can’t dance’. I’m not sure how this came up, but I’m not gunna argue with it!

The homemade dinner consisted of chicken stew, which was boiled all day, fried broccoli and beans, Chinese sausage and bacon, as well as mashed potatoes with chili, a novelty for us as potatoes are typically uncommon in China. As a Westerner, it’s always funny to see babies, in this case a one year old, eat dishes like spicy sausage with chili and chicken feet.

While we were only in Shangri-La for two days before our trip to Yubeng, it provided a glimpse into modern Tibetan culture and an array of interesting cultural experiences. If you’re looking to see a place away from mainstream China destinations that is also feasible to get to, I suggest putting Shangri-La on your list.

One thought on “Shangri-La, China”